The Spiral Effect is something that was a fascination to Alex and he explored it in multiple ways, culminating finally in one of his most intriguing pieces which is shown at the end of this gallery.  Had he been younger when he painted it, there is a good chance he would have developed some type of research protocol to try to determine how they work.

It is suggested you view them from off-center to use your peripheral vision as much as possible.  Note that some people will experience it and others will not.  Naturally, Alex had a theory on the matter but it would be a poor detective novel if that were revealed at the outset.  See at the bottom of this page for additional commentary on The Spiral Effect. 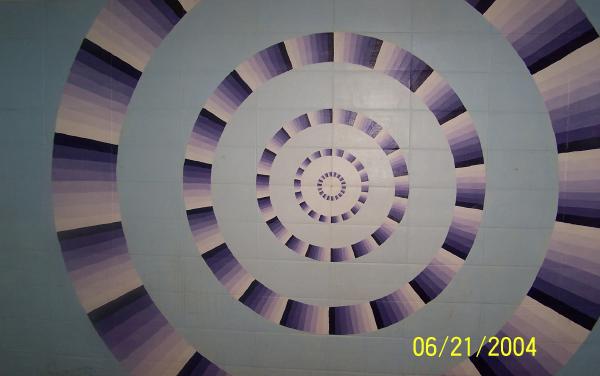 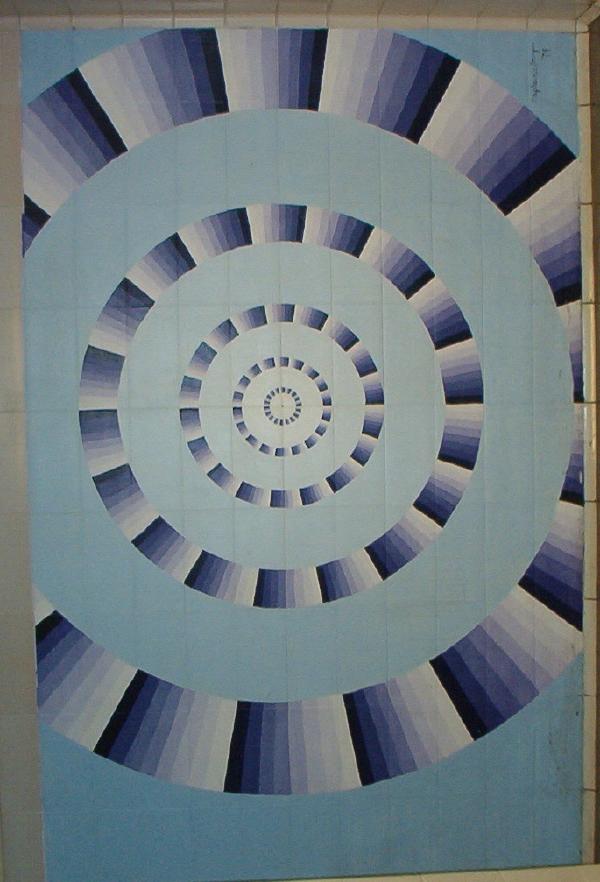 The Spiral Effect (On canvas) 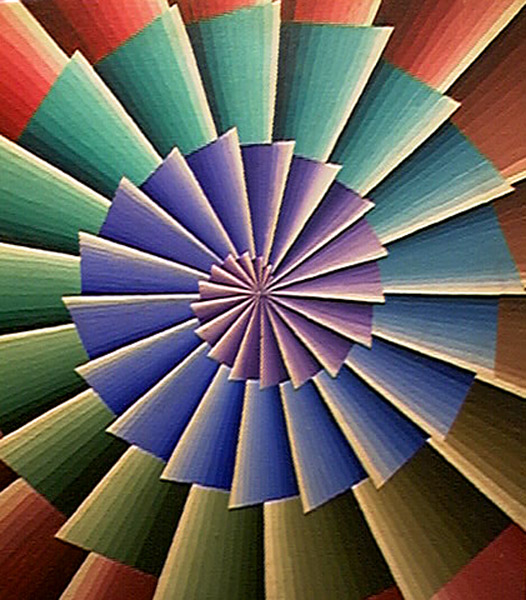 The effect was a fascination, particularly with regard to whether an individual saw it and then in which direction it moved.  His theory was that there is a correlation between artistic / creative inclination in those who see the effect.  Some see it in motion while others see it spin wildly while others don't see it spin at all.  This relates to the mind's tendency to fill optical data that it misses or can't really 'see' to complete one's view of anything.  This applies also to text but it will be for the Biology, Psychology, and perhaps other Departments to fully-explore the meaning and scientific basis for it.  I'm sure he would be pleased to know that type of research is being conducted although it's not known how much is work affected it.